My Laddie and I have reached a new level in our relationship. More stressful than moving in together, more intimate than making love…I let him start reading the draft of Blue Karma.

Inherent perfectionism has always made me a bit self-conscious about my fiction. I’m nauseated to think of anyone reading my work before I’m satisfied (so basically never, which makes becoming a published author rather problematic). But after a year immersed in the draft, I’m saturated. I need an external mind to evaluate the story, someone who is not only sufficiently well-read in the genre to give insightful criticism, but whom I trust to do so with pitiless candor.

Having my significant other read the draft is a uniquely terrifying experience. It’s more than just a window into the twisted landscapes of my imagination. It’s a judgment on my ability as a writer. Yes, dear, this is what I was doing on all those long weekends I spent hunched over a laptop instead of hanging out with you. This is why our shared desk is elbow-deep in cryptic sticky notes. Here is the product of the authorial ambitions I’ve raved about since the day we met: the determination of whether I’m a promising storyteller or just a lunatic with a good vocabulary. 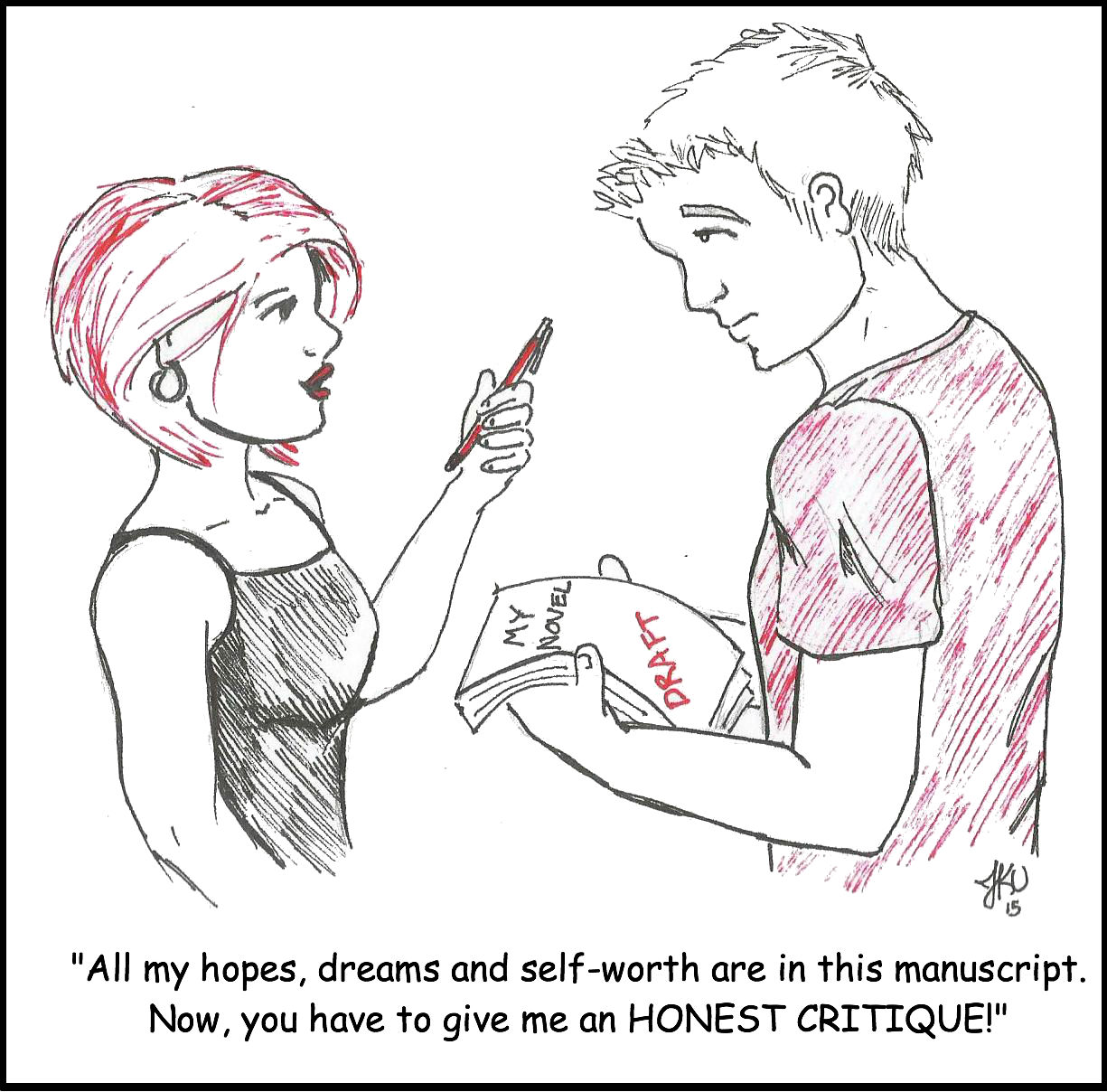 To his credit, my Laddie undertook the task with alacrity. (“It’s like a treasure hunt,” he proclaimed, highlighting the tenth typo in chapter one—ouch). He’s proved himself a thoughtful and meticulous editor, both for technical errors and matters of storycraft. Add “editor-in-chief” to his list of relationship qualifications, along with running buddy, sous chef, fashion consultant, physical therapist, band roadie, and space heater. I’ve given him about half the manuscript so far, and he says he’s enjoyed it. That’s a relief, but he’s also shown me a lot of plot holes that need patches (if your relationship can survive constructive criticism of your novel, it can survive anything.)

Feedback revealed that Blue Karma is not telling the story I intended. It starts off all right, then veers into uncharted territory. When I expressed this concern to my Laddie, he said something that ignited fireworks in my head: “just because it’s not the story you planned doesn’t mean it’s not a good story.” So I won’t delete the entire thing and start over. Instead, I consolidated some of the chapters and began rewriting the last hundred pages to pull the plot back on track. Daunting amount of work? Yes. A delay to publication? Definitely. But that’s what revision is about.

Thank you, love, for helping me realize this project and the dream it represents. With your help, this book will make us both proud (and maybe earn enough in royalties to buy a bigger desk)!

One thought on “Love and Editing”