Plenty of nerdy couples read in bed at night. Really nerdy couples might even exchange comments on their respective books. But in a sci-fi writer’s house, such nerdiness achieves whole new dimensions: “This is a flawed discussion of quantum computing,” I announced to the dark room. “It’s bedtime,” my Laddie mumbled from the pillow beside … END_OF_DOCUMENT_TOKEN_TO_BE_REPLACED 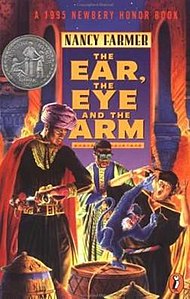 I recently came down with a touch of that pernicious malady sweeping the globe. Not COVID-19, thank goodness, but Lockdown Languor. It’s not the social distancing that bothers me: for a disciplined moonlight novelist with a deeply introverted partner, the normal pattern is to avoid people and stay home. The problem is that we don’t … END_OF_DOCUMENT_TOKEN_TO_BE_REPLACED

My father and I call and text like typical 21st century family, but we also maintain written correspondence like 19th century intellectuals. (Occasionally we even write like them: planning a holiday visit might be phrased as “Cherished father, I propose myself the pleasure of waiting upon you and my mother this Michelmas…”). We’re both English … END_OF_DOCUMENT_TOKEN_TO_BE_REPLACED

Despite his popularity as a science fiction writer, the late author Douglas Adams championed the value of planet Earth. In the late 1980s, he teamed up with zoologist Mark Cawardine for a BBC radio series called Last Chance to See, in which the pair tracks endangered species around the globe. Adams’ 1990 book chronicling the … END_OF_DOCUMENT_TOKEN_TO_BE_REPLACED

If you keep up with science fiction cinema, you might have heard about Chinese blockbuster The Wandering Earth, which Netflix quietly slipped into its library a few weeks ago. Based on a story by the decorated author of The Three-Body Problem, Liu Cixin, the film hit it big with global audiences to become one of … END_OF_DOCUMENT_TOKEN_TO_BE_REPLACED

Rise of the Rocket Girls promised an intersection of two of my favorite non-fiction genres: science, and the too-often-overlooked impact of women in history. I expected a book comparable to Radium Girls, which portrays its subjects as memorable personalities in a suspenseful narrative; or Code Girls, the captivating account of female cryptologic analysts during WWII. … END_OF_DOCUMENT_TOKEN_TO_BE_REPLACED